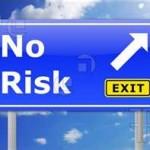 Well, I did it again. I put a house under contract without looking at it. Call me crazy, but it gets easier every time I do it.

I had a good friend tell me quite a while ago, that I would not only get over my fears as a new real estate investor, but in time I would put in offers on houses that I believed were a good deal without even looking at them. I quickly told her that I would never do that. She just chuckled and said, “Yes you will”.

Fast forward 8 or 9 years and I have done that about a half dozen times. Do I do it all the time? No. Only when I have a seller that is really fed up that presents me with what appears to be a smokin’ hot deal, and he wants out now! That’s what happened the other day.

I was meeting with a very motivated seller that lived about an hour from me. He had inherited two properties from his dad. I talked with this fellow about 3 or 4 times over the period of a couple of months. He said he really wanted to sell both properties, but he was just asking too much for them at that time.

Over time, the seller just got fed up with driving here and doing the rehab himself. This time when I made him an offer on the 3 bedroom brick ranch, he said OK. He also said that he knew I wasn’t interested in the other property, but he really wanted to be rid of both of them.

I told him that I didn’t say I wasn’t interested in the property. What I said was that I wasn’t interested in the house at the price he had quoted me. He quickly said, “Oh I just threw that number out there”. I would really be willing to take about half of what my parents paid for the house.” In the blink of an eye, he lowered his price 60%. At that moment, I told him I would buy it subject to inspection. I took a look at it the next day, and my instincts were right. It was a great deal.

Everyone Is a Beginner at First

Years ago, when I was just starting out, I was like everyone else. Scared!

Like most other real estate investors, I worked hard to get leads. When I got a call and I actually had to talk to the seller, I dreaded the whole process. After setting up an appointment to meet with a motivated seller, I hated making an offer. I was confident on the outside, but very unsure on the inside. On those occasions that I got an accepted offer, I was filled with anxiety. What if I couldn’t sell the house?  What if…what if…what if.

What I know for sure, is that each time you do what you need to do in spite of the fear, you get a little closer to self assurance. Like Nike says, “Just do it”!