How to Deal With “Untruthful” Sellers 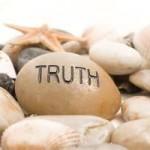 Dealing with untruthful sellers can sometimes be tricky. As real estate investors, we want to obtain as much information from them about the property as possible. So what do you do when you know they aren’t being truthful?

Recently I looked at a 3 bedroom brick ranch that needed a lot of work. This home was part of an estate, and the sellers were upfront about most of the repairs the home needed. I had spoken to both sisters and they made a point to tell me there had been a “flood” in the house (to use their words). More accurately, a pipe in the bathroom had started leaking and had caused a considerable amount of damage to the basement while this house was vacant.

Loosely speaking, it was a finished basement. It had several rooms and some unfinished space. The seller told me the insurance company had spent $30,000 on the repairs. The visible plumbing in the bathroom had been replaced. Since the original block tile floor was still there, it was apparent that the only other thing that had been done was the replacement of some drywall in areas. So I wasn’t sure where that $30,000 figure came from. It was also easy to see that the rest of the original plumbing was still there in the house. It was rusted and was in very bad shape. Some of the pipes had duct tape on them, and some had rags tied around them.

When I went down to the basement, the first thing I noticed was that there were some damp areas on the basement floor. I waited for her to tell me what was going on. When she didn’t say anything, I asked her about the moisture on the floor. The seller replied that she hadn’t noticed it. She said that she would have to ask her brother since the water had been turned off in the house for some time. The next thing I asked the seller about was the strong smell of bleach in the area. Of course, she couldn’t smell anything.

My 10 year old granddaughter Jordan was there with me that day, and she gave me “a look”. (I am determined to turn her into an entrepreneur so I take her with me from time to time.)

By this time I was sure they had been cleaning up some mold. Then something funny happened. I went off in one direction, and Jordan took off in another direction. The seller quickly told Jordan that “that was just an unfinished area back there”; there really wasn’t anything to see.  I was pretty sure after that comment that was one of the problem areas with the basement. I finished looking at my room and went off to meet Jordan in her room. She had found the mold under the stairs in the unfinished room and just pointed to it. Yeah Jordan! My little home inspector/future real estate investor!

This area was under the stairs on an interior wall. There were no cracks in the basement walls and the grade appeared to be OK at the exterior. There was also none of the old plumbing in this area. I looked around the room a little bit and once again asked the seller what kind of moisture problems they had experienced with the basement. She said they hadn’t had any that she knew of so the source of the moisture would remain a mystery for now. That was her story and she was sticking to it!

So what do you do in this situation?

I never challenge the seller since I already know the answer; there is a problem but they’re not willing to share it with me. The thing you have to decide is whether or not you want to buy the house. If you want the house, then you can allow a little larger “fudge amount” in your numbers to fix that problem you know is there but you don’t know exactly what it is.

Mold is no longer a big deal for seasoned real estate investors. And, this was still a coveted 3 bedroom brick ranch in a pretty good area so I made an offer on the house. Before leaving, I reminded the seller that she would need to disclose the mold problem to any potential buyers since it was a potential health issue for some folks.

Did I get the house?

I don’t know yet. I gave the seller a call on Monday, and she said she still had another investor coming to the house. She told me my offer was a low, and she might need to sell the house to someone with “less experience”. Don’t you just love it!