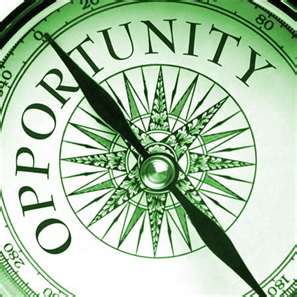 This is a story of a deal gone wrong with what was a motivated seller, and how newbie investors can mess up your deals.

Is it just my imagination or are there a bunch of folks coming out of nowhere calling themselves real estate investors?  Yes, they have messed up a few of my deals. But even worse than that, they are poised to get themselves in a whole bunch of trouble.

I met with a motivated seller one afternoon last week that had a very nice 3 bedroom, 2 bath brick ranch in my city. The property had a partially finished walk-out basement with a two car garage which was also in the walk-out. The house was about 35 or 40 years old and was in a good neighborhood. The property hadn’t been updated but even the ugly green ceramic tile in the bathrooms was pristine!  The furnace and AC were also original which was not surprising. Overall, it was outdated but this home had been well cared for. This was a probate and the executor lived in Florida and, this deal absolutely screamed motivated seller. He just wanted to get rid of the house and go back to sunny Florida.

Trouble on the Horizon

So, what was wrong with the house?  It was in a hilly neighborhood and by my estimates needed at least $15,000 worth of piers at one end of the house. Some of you may know that I owned a home inspection company for almost 20 years.  When I saw the obvious signs of structural damage, I knew immediately what the house needed. I also knew that he had just limited his pool of hungry real estate investor buyers. In fact, he told me I was the only person he had contacted.

Like most sellers, he already had a figure in his mind; a price he wanted for the house. And without the structural issue, I could have easily paid him close to that amount for the property. I spent a great deal of time with this nice man, and he understood the issues with the house and what it would cost to fix them. We also discussed how a lot of buyers would be put off by the whole issue of the piers and the structural repairs on the property when the house was resold.

I made the guy (who was obviously a motivated seller) an offer with a little “wiggle room” left for me. This was of course significantly lower that his original price.  He was to call his sister who was the other heir to the property and get back with me no later than the next morning. She lived in yet another state and he wasn’t sure of her work schedule. Since he didn’t know exactly what time he would be able to reach her, I wasn’t really too concerned that he wanted to call me the next morning. When I left that day I was pretty happy and Mr. Motivated Seller seemed to be OK with my offer.

The Seller Gets a “Surprise Offer”

When I met with the seller that Friday afternoon, he told me in passing that he had someone coming on Monday to get the rest of the furniture. I told him that was fine, and that I would take care of removing anything that was left in the house. Imagine my surprise when I spoke to him the next day and he told me he had received a “surprise offer” from the people taking the furniture. First of all, they were not supposed to be coming for 3 days. And, they had given him the exact amount of money he originally wanted which was $15,000 more than I had offered. This amount was also the projected amount needed to stabilize the house.

I asked Mr. Motivated seller if the folks buying were real estate investors. He replied that they indicated that they bought a house from time to time and fixed it up. I then asked him if they understood the nature of the structural problems with the house. He said he had pointed out the cracks on the exterior and they said, “Oh we find cracks all the time. We are used to dealing with those”.

I am quite sure that at this point in their conversation, he simply just shut up!  He got his asking price, and the buyers have no idea what they got.

The thing that bothers me the most is that unless this repair is done properly, they don’t have a chance of unloading this house. They can “pretty up” the house all they want and in the end, they will have to do the structural repairs. And once that expensive repair is completed, there is no way they will be able to make any money.

And what is the worst thing about me not getting the house? I had a cash buyer lined up that was equipped to make this type of repair!!

Update to this Deal

Several weeks later the seller called me to say that the buyer had backed out of the deal.  I got the property after all, and I got it at my price.  I sold it to a landlord that was thrilled to get it.

Have you subscribed to the blog?  If not be sure to do that today so you don’t miss any of the business building tips I have coming your way. I want this year to be your best year ever!  And if you enjoyed this article, please share it.