A Look at Cash Buyer Markets 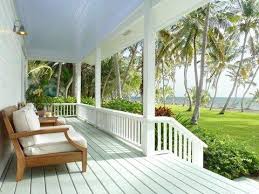 Real estate investors are no long limited by geography when it comes to investing in real estate.  Because of the internet they can invest virtually anywhere in the US or even in another country.

Investors with cash have a distinct advantage over all other buyers. When a seller has an offer from a cash buyer, that buyer automatically jumps to the top of the list.  In fact, motivated sellers are often willing to take less for their property in exchange for quick cash sale.

Today we are going to take a look at cash buyer markets. Specifically which areas have both the least and the most cash buyers.  My article today is a guest post from someone familiar to you, Satinder Haer of Zillow.  She is just a wealth of information so I always look forward to having her back.

The real estate market has experienced intense ups and downs in the last decade. With the rise and fall of real estate prices, the role of cash has also fluctuated. In 2012, cash deals made up a large percentage of home purchases, especially in markets hit hard by the burst of the real estate bubble. Fast forward to 2015 and cash buyers comprised a much smaller share of home buyers. However, certain markets remained dominated by cash buyers—while others hardly had any.

Check out which markets had the most and least cash buyers in 2015. If you plan to purchase in one of these markets, you may need to consider the impact of cash deals.

Markets with the Most Cash Buyers

Florida dominates the list of cash buyer markets. Seven of the top 10 markets with the highest percentage of cash 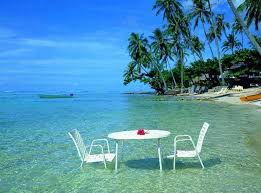 buyers are located in Florida, according to an analysis of the 51 largest metros in the country. Miami, where an astonishing 55 percent of home purchases were all-cash deals in Q2 of 2015, tops the list while Orlando occupies the tenth spot with 44 percent of the deals made in cash.

The analysis also found that cash deals are more common in the Midwestern and Southeastern regions of the U.S. than in the West. This difference in the number of cash deals in the West and South/East may be partially explained by the composition of households in those respective regions. Markets with a larger proportion of households headed by a widow/widower correlate with a higher share of cash buyers—presumably due to those buyers being older and having had more time to accumulate savings. Conversely, major metros in the West have fewer households headed by widows/widowers and a larger percentage of residents under the age of 40—both factors that correlate with a smaller percentage of cash buyers.

Markets with the Least Cash Buyers 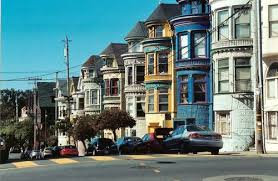 While markets on the eastern side of the nation dominate the list of cash hotspots, the West Coast dominates the list of markets with the least cash buyers. Nine of the top 10 markets with the least cash buyers are located in the western region of the country. Unlike the major Florida cities, notable West Coast cities such as San Diego, Seattle, Portland and Denver appear on the list but cash buyers make up 21 percent or less of home sales in those areas.

The analysis of the 51 largest metro markets, ranked by percentage of cash buyers, also revealed that a market west of the Mississippi River doesn’t appear until number 29 on the list—Honolulu. In other words, the 29 markets with the highest percentage of cash buyers are all located east of the Mississippi River and the 22 major markets with least cash buyers are primarily in the West, with a few scattered in the Midwest and Southwest.

What This Means for Home Buyers

With cash dominating certain markets, buyers in the Southeast and parts of the Midwest can expect vastly different experiences than those in the West. For potential buyers in states with a large percent of cash buyers, such as Florida, Ohio and Tennessee, just taking the time to determine what you can afford may not be enough to correctly shop your market. Given that you can statistically expect to compete against cash buyers, you may have to save more than 20 percent down to be a competitive buyer or connect personally with existing homeowners to push your offer to the top of their list.

On the other hand, buyers in the West, especially in Washington, California and Colorado can more easily beat out the competition with an all-cash or mostly cash offer. In the markets with the lowest percentages of cash deals, cash offers are lucrative and signal stability.

Understanding your local real estate market and accounting for what other buyers may offer can help you be a savvy shopper. The influence and influx of cash plays a vital role in market competition and accessibility. Shoppers in the West and Southeast especially should assess what the conditions of their market may mean for their home purchase.

If you're not already subscribed to the “Inner Circle”, be sure to do that today so you don’t miss any of the business building tips I have coming your way. I want this year to be your best year ever!  And if you enjoyed this article, please share it.