Is a Lack of Funding Holding Your Real Estate Business Back? 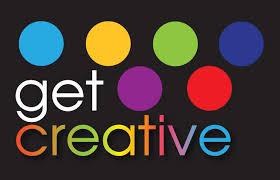 I hope you are having a great week.  Once you finally have a steady stream of leads coming in the door, you think you’re set. But it’s not long before you realize you have a new problem; you don’t have access to enough cash to close this many deals.

You can get by using investor friendly banks for a time, but sooner (rather than later) a lack of funding is going to cause you to hit a brick wall in your business. Today we’re going to dive into how to solve that problem.

You need to know that you have this problem coming your way before it actually arrives. That is the first thing.

Know that you will run out of traditional sources to fund your deals; start to plan for the time when that happens.

What typically takes place is investors are moving along, working with investor friendly banks or possibly using a hard money lender when the unexpected happens.  They call their current lender only to find out they are tapped out.  They might be told that they can’t buy any more properties until some are sold or they are refinanced.

This happened not long ago to an investor friend of mine.  He had a couple of properties for sale that just weren’t selling.  To complicate matters further, his rehab projects were taking longer to complete than normal.  His lender had a whole bunch of money tied up in projects that were stalled

The end result for this rehabber was that he couldn’t buy even one more property due to a lack of funding. The story was the same when he went to another source for some cash; no dice until he unloaded some of these other properties.

You need to learn two things; creative funding techniques and how to raise private money. Now before you even 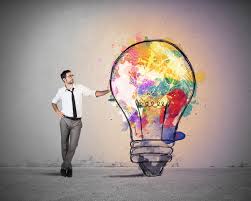 think of saying this sounds complicated, let me say that anyone can learn this stuff.

Is it something most new investors don’t know how to do?   Probably; but that doesn’t mean a complete newbie can’t learn how to buy property using creative funding strategies techniques once they know the basics.

More likely than not, some of their fear comes from not having been taught these techniques.

I have found the biggest problem (even bigger than lack of knowledge) generally sits between our ears.  It’s our mindset; our preconceived notions prevent us from even thinking about doing something creative. When you feel fear creeping into your mind, I want you to remember one thing.

You won’t know what a seller will be willing to do until you ask. The worst they can say is no.

Here Is a True Story

I was one of the worst offenders early in my investing career. I would prejudge a seller’s response before I had even asked for what I wanted.  More times than I would like to admit, I was too afraid to even ask someone to do something completely outside my comfort zone.  Because of this I walked away from deals that I shouldn’t have. My mindset got in the way.

It took a fearless “twenty-something” investor to shake me right out of my “stuck in the mud – the seller will never agree to that” thought process.

I won’t bore you with all the details, but I was putting together a deal on a house in a pretty bad area. I took my friend with me who was also going to be my end buyer.  Because of the neighborhood, I wanted to have a buyer lined up before I put the house under contract.  I was pretty sure he would want this house and I was right.

We looked at the house and it was indeed a really good deal in spite of the area.  However, my friend only wanted to spend $3500 of his own cash and the house was $7000.  (I told you it was a bad neighborhood).

Now, getting my fee on his timetable wasn’t going to work for me.   I told him he needed to pay me and ask the seller to take payments on a larger balance, and that’s exactly what he did.  I figured if he really wanted the house he would find the cash.

Initially the seller indicated she wanted cash so I didn’t think she would ever agree to this. Not only did she agree to the terms, he got her down on the price $2000 just by asking.   In the end he only paid $5000.

I was stunned when she agreed without hesitation. Lesson learned.

So here was the final deal:

Next lesson learned; don’t assume they don’t have more cash than they say want to spend.

So Where Was I Going with this Lack of Funding Story?

My friend bought a house with a combination of cash and terms because he knew he could.  He only had to have some knowledge about creative funding strategies and the nerve to ask for what he wanted.

Creative funding is only half of the solution when it comes to lack of funding for your deals.

The second thing you absolutely must know is how to raise private money from individuals.  Learning these two things will keep you from ever hitting that lack of funding brick wall. And once you know these two things, you will have the confidence you need to move forward.

Are You Ready to Learn?

If you want to learn how to be a “creative funding ninja” you need to come to my workshop that’s coming up.  My buddy Bill Walston and I are hosting a Creative Funding workshop in Nashville March 3rd ad 4th 2016 where you will learn creative funding strategies, how to confidently ask private money partners to loan you money, and so much more!

If you have questions, just send me an email and I will get them answered. Do yourself a favor and check out this workshop.  Get ready to change your business!

Here's the link with all the details.  Just click here….

If you're not already subscribed to the “Inner Circle”, be sure to do that today so you don’t miss any of the business building tips I have coming your way. I want this year to be your best year ever!  And if you enjoyed this article, please share it.