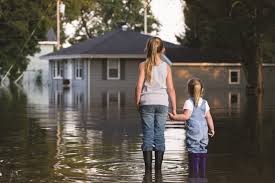 It used to be that if a real estate investor considered buying a property in a designated flood zone the only concern was the additional $500-$600 annual premium the new owner would face as a result of their home purchase.  As you know, standard homeowners insurance does not cover flood damage so mortgage companies require purchasers to buy flood insurance. That additional monthly expense of flood insurance would be included in the mortgage payment for the purchaser.

The big question was (and still is), “How does that affect the buyer’s ability to purchase this home”? In the past it was simply can the buyer afford another $40-$50 a month to cover the cost of the flood insurance?

At the end of 2013 there was a change in the Federal law that caused flood insurance premiums to skyrocket. Some premiums went up ten times more than the current premiums.  Sales of homes in these areas came to a standstill and pending closings on these properties were immediately canceled. Folks could no longer qualify for much less afford the new monthly mortgage payment.

It’s important to note that this law only affected policies taken out since July of 2012.  Homeowners that already had properties in designated flood areas were unaffected by the changes where their own premiums were concerned. However that’s a completely different story should they decide to sell the property!

Sellers with properties which were located near a body of water were suddenly forced to accept their new reality.  They often couldn’t give those homes away.  Even homes with beautiful views  were no longer desirable. Nobody wanted them because of the increased cost of the new flood insurance premiums.

Legislation was introduced immediately by a bipartisan group in Congress to delay the effects of FEMA’s new law. 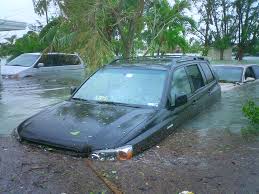 The Homeowners Flood Insurance Affordability Act of 2014 was intended to repeal and modify the Biggert-Waters Flood Insurance Reform Act of 2012.  This new law slows the rate of increases.  It also offers some relief to homeowners that were previously affected by the steep increases in flood insurance in 2013 and in early 2014.

The National Flood Insurance program’s new rates took effect on April 1, 2015.   Premiums for individual policies in high risk areas increased as much as 25%. Surcharges from $25 to $250 will also be added to the cost of those premiums.  The actual cost of the surcharge is based on whether the home is a primary residence or a second home.  According to FloodSmart.gov the average cost of flood insurance was around $700 in January of 2015.

Implementation of the New Changes

Here is a breakdown on some of those changes that took place April 1, 2015.

I have included a screenshot of the capped rate increases for 2015 below.  (Source FEMA)  In most cases rates are capped at 15%. However once other fees are included, this number could actually be nearer 18% for most homeowners.

The maximum deductible for a flood insurance policy will increase to $10,000 for single family and two- to four-family dwellings. This deductible must apply to both building and contents.  Choosing this deductible will result in a lower premium for single-family homes, however it may not be allowed by lenders to meet mandatory purchase requirements.  Before you choose this higher deductible, you will need to ask yourself if you are prepared financially to cover this $10,000 deductible if a loss should occur.

You can read the entire document BY CLICKING HERE:

“According to the federal flood program the average claim in the US was about $42,000.

What Is At the Root of the Premium Increases? 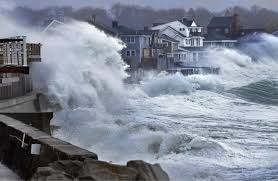 Premium increases have been put in place because the National Flood Insurance Program is $24 billion in debt, in large part due to losses incurred during Hurricanes Katrina and Sandy. Folks living in coastal areas are definitely hit the hardest.  In many cases the rates charged to policyholders do not reflect the actual risk of coastal living.  By some estimates about 20% are supported by subsidies that keep rates lower.

It’s important to understand that not all coastal homes are owned by the affluent.  Many of the homes destroyed by hurricanes along the east coast such as the ones in New Jersey were owned by working class families.

Will My Rates Automatically Increase 18% Annually?

According to Realtor.org the answer is no.

It is reported that FEMA will set the rates for each year according to a cost analysis, but 18% is the upper limit on how high they are allowed to raise the rates in any given year. According to this article historically the rate increases have been about 5%.

Previously FEMA would have been permitted to raise rates as much as 40% so long as the average increase didn’t exceed 20%.  Their reasoning is that the new 18% upper limit could be a significant reduction from previous rates.

How Much Risk Are Real Estate Investors Willing to Assume?

I don’t know about you, but in my book there is a whole lot of uncertainty when it comes to the cost of future flood insurance premiums.  Whether you are a buy and hold landlord, a wholesaler whose end buyer is a rehabber, or a rehabber that intends to sell his finished house to a retail buyer we are still back to the same questions:

Flood Insurance is mandatory in almost every case where the buyer will get a mortgage.

What You Should Do Before Buying a Property

It’s not always obvious that a home is located in a flood plain, so you should always check to see if the investment property you are considering is located in one of these areas.  It doesn’t necessarily have to be a large body of water.  It might simply be a matter of poor drainage that lands a home in a flood plain.

You can look up your area by typing in “flood plain determination + your county.  For investors in my area, you can click on the link below.

The Impact on Home Sales 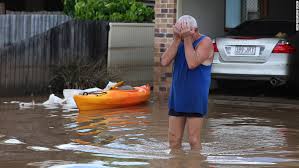 Here is an article on the impact this has had on home sales.  I’m sure you can find similar stories like the one below for your area if you are impacted by the new flood insurance regulations.

Click on the link here  –> How this Affects You

If you’re not already subscribed to the “Inner Circle”, be sure to do that today so you don’t miss any of the business building tips I have coming your way. I want this year to be your best year ever!  And if you enjoyed this article, please share it.