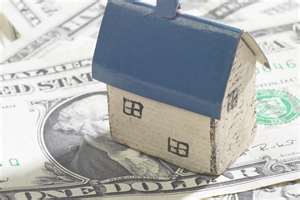 I took a few days off this past week to spend some time with a good friend that came to visit me from Memphis. Those few days really felt like a mini vacation. We shopped and shopped and just had a great time.  However, I have noticed that anytime I decide to take even a little time off, my phone magically starts to ring off the hook. And more often than not, some of those calls will be from motivated sellers that have rejected my previous offers.

How Long Should You Send Direct Mail Letters?

My policy has always been that I continue to send folks my direct mail until I buy the house, someone else buys the house or they ask to be taken off the list. I have to tell you, if you are giving up on people quickly then you are shooting yourself in the foot!  Time and time again those unmotivated sellers have suddenly become very “motivated sellers”. All things change over time.

From Unmotivated to Motivated

One of the calls I got was from a fellow that had accepted an offer on his house that was $10,000 more than my offer. I told him at the time that if for any reason that offer didn’t work out, he could call me and I would buy the house. Well it seems that the buyers just kept putting him off and wouldn’t close. He mentioned when he called that he had just gotten another letter from me and decided to accept my previous offer. Money was no longer the deciding factor. Getting rid of the house before the big winter heat bills had become more important. He also lived in Florida and was just tired of fooling with this house he had inherited in Kentucky.

The second call that I got was from a fellow that lived in a small town about an hour and a half from me. He had also inherited a house that was in a good rental area but was in bad condition. When I gave him my original offer he said very quickly that his two brothers (who were also heirs) would never take my offer. It was just too low.  I told him that I understood completely that they had an amount they wanted, and then once again went over the list of repairs. Since he lived so far away from me and didn’t even own a computer or a fax machine, I went ahead and wrote up a sales and purchase contract for him to take with him. I told him that if for any reason things changed, he would already have my offer in writing. We had a pleasant conversation and I wished him well before I left. Four days passed before I got the call. They had decided to accept my offer. I had a feeling that might happen.

Leave Some Good Karma Behind

I have had such good luck with probates and absentee owners over the past few years. When someone inherits a house or already owns a house that is not in their city, they will almost certainly come to a point when they become motivated sellers. When that time comes, I want to be the person that gets the call.

Why do I think they call me back, sometimes after a year or more after the initial call? I can tell you what I think the reasons are.

-First and foremost, I continue to mail these folks long after most other investors have given up.

-Secondly, I always treat people with respect. I try very hard to build a strong rapport with them so that they think of me a friend. If they have objections to my offer, I listen and don’t discount the way they feel or the reasons for their objections. I empathize with the way they are feeling, but I try to make them understand that I have to make solid business decisions.

-The last thing that I do is I always “leave the door open”. It’s not enough to just assume that they know they can call you if they suddenly come to their senses. Wish them luck with their plans and tell them to give you a call if their situation changes.

I believe that when you walk away from negotiating with sellers, it is critical to the long term success of your business to leave behind a good impression of both you and your business. If you get the house in the process, then that's icing on the cake. One thing I know for sure is that good karma always finds its way back to you.